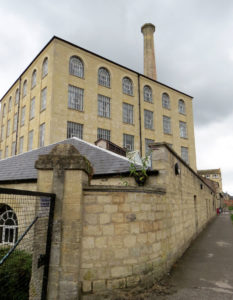 Do you ever have those moments, when you see an antiquated building, and have a curiosity to peek inside?

I do. I love old buildings. I love the architecture that has weathered time, and societal fluxes. As much I as I love the outside, I am always curious about what they look like inside too.  So, I jumped at the chance to do a free tour of the Ebley Mill in Stroud.

Richly woven tales by our guide brought the old mill to life. In our imagination, we strode through its various incarnations. Imagined ourselves surrounded by the clamorous sounds of the mill in action. The same sounds that would have echoed through the valley, followed by the wafting scent of wet wool.

We got to hear the stories of its heyday and slow demise.

The origins of Ebley Mill:

The exact dates aren’t too sure.  However, there 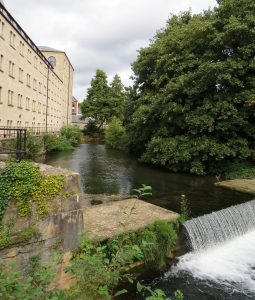 are mentions of two mills being near this site as early as the 1300’s.

One mill was for milling corn, and the other for fulling the wool. Which was a  process of beating the wool down so that the fibres would further entwine. Resulting in a sturdier and weatherproof fibre.

The Mills brought prosperity to the owners and being a clothier at the time was good business.  While the business boomed and ebbed the company grew.  When the original owners sold it off, it was perfect timing for the following owner.

As the French civil war broke out, the army’s need for uniforms made from quality English wool was in demand.

How the war lead to a boom in the Wool trade

An Old English saying, that serves to remind us of the prestigious history of wool. Romans also wrote home about the high quality of the wool when they arrived at the British Isles. 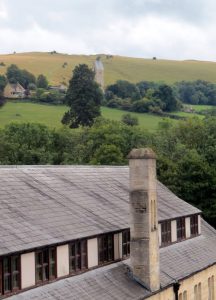 The wool was as much for survival in a cold and rainy climate, as it was for fashion. There is nothing as sustainable, warm & weatherproof.

Which is why the fabric is popular for military uniforms, leading to a boon in orders. The profits of which financed the first building of the Mill that we see here today.

While a later war paid for the extension of a second building, which was originally 7 stories high. An epic explosion in the boiler room blew 5 of those floors. It was rebuilt and then damaged by fire damaged before it was rebuilt once more.

Peace and the changes in the Textile industry

As peace reigned, without uniforms to make, orders declined. The Mill had an equal 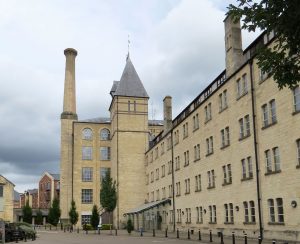 measure of tough times in it’s past.

By the 1960’s it was struggling, and the introduction of synthetic fibres didn’t help. The mill innovated with the times, creating new products by blending fibres with the wool. Yet, in the end, it couldn’t compete with other manufacturing costs and processes.

Sadly, by the late 1980s, it went bust and Ebley Mill’s grandiose buildings left to ruin.

A New life for the Mill and Local council 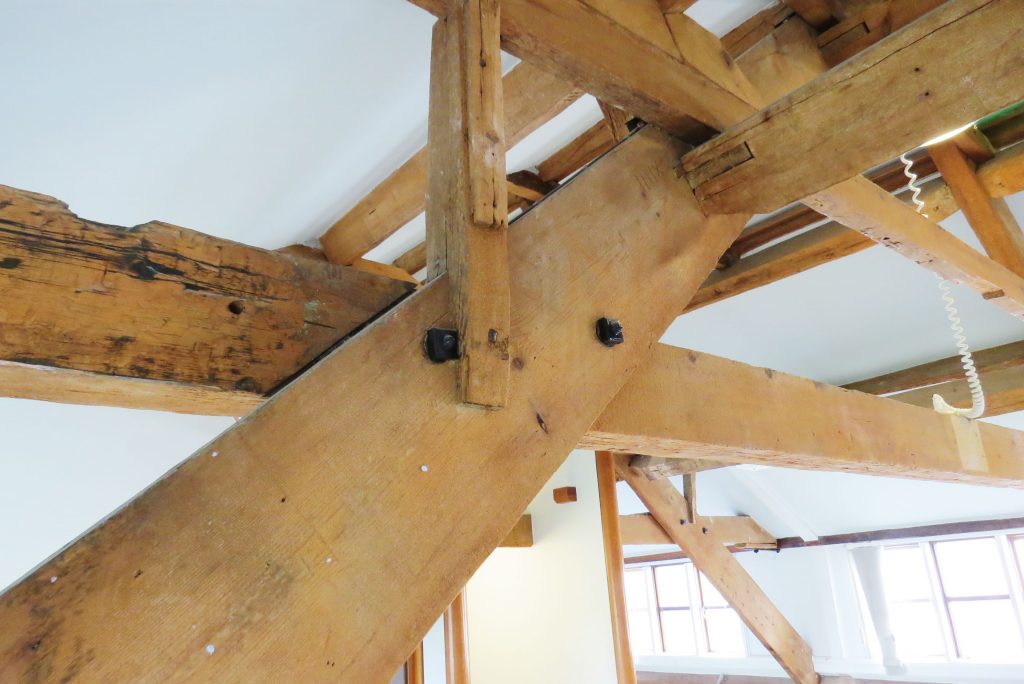 In the 1990s the building’s were bought and refurbished. It now houses the Stroud local council and its local departments.

Restored, it stands to watch over this Cotswold valley as majestically as it’s always done. A nod to its heyday, Ebley Mill was a state of the art building, the first Mill in the area of that style and size. Although, many other mills soon followed suit.

A walking tour of the Mill through time: 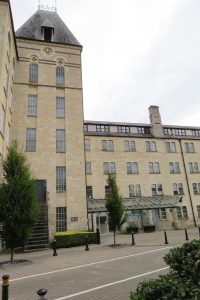 The tour put on by the Stroudwater Textile Trust, gives us the opportunity to see the behind the scenes. We got a wander through the building and see the touches of the mills past. A past etched into the beams and walls.

It’s as though the Mill reaches out and tells us its story, of all the architects and owners past and present.

While the mill no longer processes wool. The richness of the stories, history and its beautiful buildings remain.

A reminder of the past that lives on and is spun into the days and lives of the council and local residents today.

A Thank you for the walk down memory lane:

I’d like to finish with a heartfelt thank you to our guide, and her memorable stories. To the Stroudwater Textile Trust for organizing and promoting the tours. To Stroud City Council for preserving the old mill, and allowing us to wander about and learn it’s rich history.

The exhibition ‘Cathedral of Cloth, that was also on site, there is also a book available on the subject.

There are likely to be other tours in the future. If you are visiting or living in Stroud, keep an eye on the website of the Stroudwater Textile Trust for dates. It’s well worth a visit. 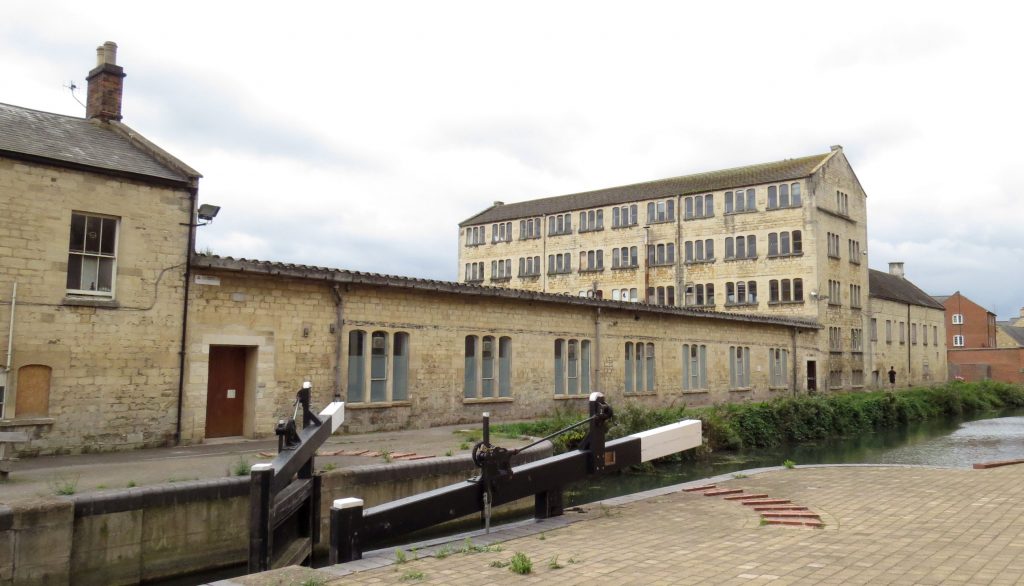