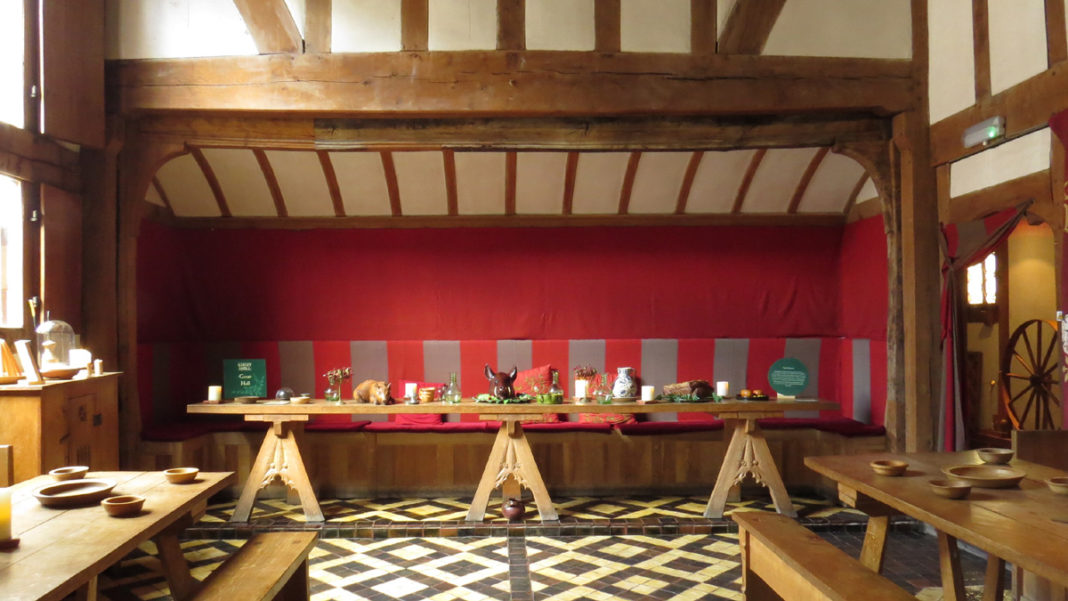 Once a bustling medieval trading centre

York certainly has its charming aspects and unbeknownst to me, is on the top of most peoples list of places to visit.  Which is the likely reason it is still to this day 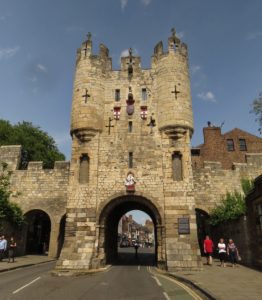 Once upon a time it would have been a thriving trade centre, there are remnants of the age of Romans and Viking Britain throughout the city.

Now, if you are anything like me, you don’t travel to hang out with tourists, no matter what era they’re from.

So, while there are excessive amounts of visitors, and out of towners, there are also some quieter areas to be found, if you know where to look.

How to avoid the Pillaging Hordes

My top tip would be to visit York in the depth of winter, on a freezing Tuesday morning at the crack of dawn. 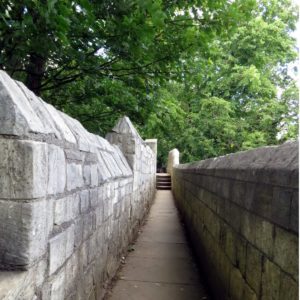 Failing that option, visiting during the week can be less painful and staying out of town is a cracking choice.

Quieter places can also be found around the outside of the city centre. Walking the cities walls, and away from the smaller shopping streets or the cities gardens.

The quietest places, I found were the bookshops, and odd exhibition centres, smaller churches and back streets.

The city itself is magical, a defensive wall still surrounds the city. It was first built by the Romans, reinforced by the Vikings. Then the Normans built it into the wall that we see and can walk on today.

It gives you a bird eye view of the city. It also gives you a feel of what it might have been like back in the day. 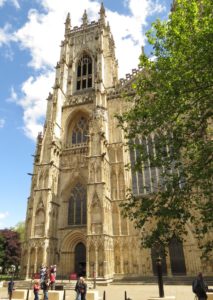 The York Minister is a stunning example of Gothic architecture, and the largest of its kind in Northern Europe. It looms over the city with timeless grandeur.

Old wooden Tudor buildings line the streets, and The shambles are so beyond quaint it’s almost postcard perfect.

In times of old this would have been the market and butchers area, and a thriving social hub..

As for the inhabitants of this bustling market town. There seemed to be groups of rowdy slightly tipsy to drunken Northern blokes.

I had to chuckle as I wandered imagining myself back in the time of the Vikings.  Really these lads are just following in the footsteps of their ancestors, albeit it in tighter pants, which maybe why there is less plundering…

And the new weapon of choice is of course the cell phone. Aimed, deadly and ready to use at the drop of a hat.  It seems times haven’t changed too much.

What to see and Do in York

You might think that it’s unlikely that you’ll be robbed by a Viking in this day and age; but beware you will be parted with you cash at every opportunity.

Visiting some of the attractions can feel like they are inflicting daylight robbery. This list includes the ever famous York Minister church at £11.50, while attractions and museums range between £4.00 – £12.00

It does all start to add up, if you plan to visit a lot of places you might be best buying a York day pass at the tourist information or online starting from £45. 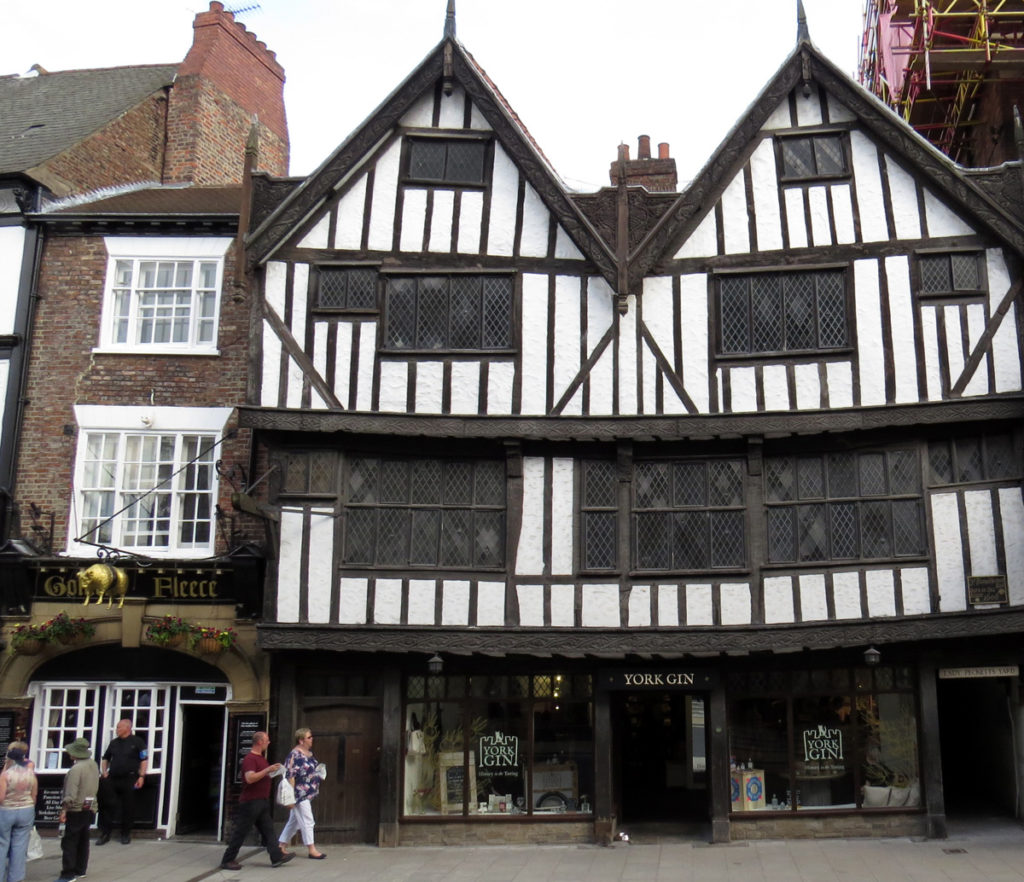 You can also get the Jorvik pastport for £20. Which gets you into five attractions and in a few of those like the Dig cater more to kids…

If the prices make you balk, there are also free walking tours that are put on by volunteers, it’s a two hour tour and covers most of the important aspects of the city.

Travelling back to the Age of Vikings

I skipped the museums, and attractions, but got the Jorvik Pastport and visited the Jorvik Viking centre, which I enjoyed.  It is super ideal for kids, and put together in an entertaining fashion. Despite the fact, rides or being shepherded isn’t my cuppa tea. 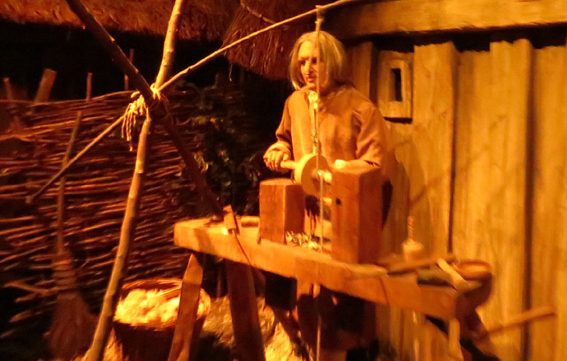 The up side that I did enjoy is the museum area, where I was fascinated by the items found at the site, such as the shoes, jewellery, combs, coins and craft materials.

This shows that the city was an active market settlement at the time, and its inhabitants did a lot more than raiding. 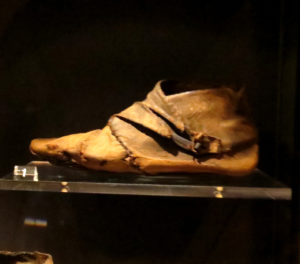 Here is a great interview with Peter Addyman a British Archaeologist on a History of Vikings which cover the dig and their finds in York in more detail.

On top of this I went to the Henry VII and Richard III the experiences.

It was a confusing time in English History, as I try to make sense out of which Henry was which and who was trying to kill who…

A medieval soap opera as its finest.

The exceptional part of these exhibitions were the chats with the volunteers, if you do visit make sure you stop for a yarn, they are a wealth of information.

There was also the Magic exhibition at Barley Hall, which I liked due to my fascination with all things magic.  The building itself was great – although you won’t find me raving or writing home about it. 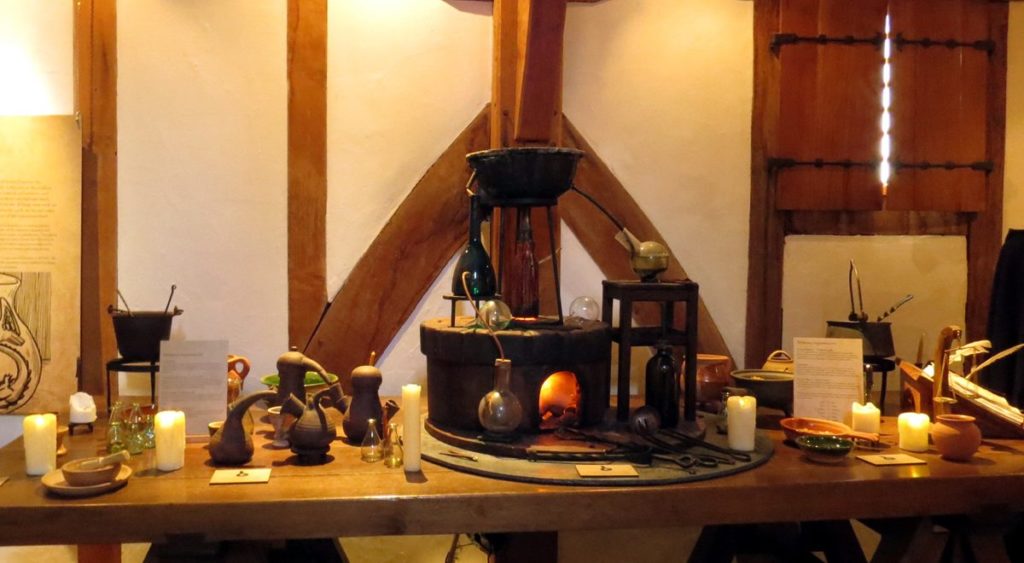 The Shambles Market in the centre of town is also worth a visit, here you will find in a surprising amount of Harry Potter like magic shops. I believe this is due to some of the scenes being filmed on, or the set based on these same characterful streets.

Which explains why it’s become one of England’s most instagramable streets… the crowds were enough to deter me, and why I got no photo of it at all.

Another good reason it’s good to get out of town. Instead you can go and visit Castle Howard, one of the most stunning castles in England, or lose yourself in England’s only Fairy Sanctuary.

Where to stay and eat

Finding the right place to stay can make or break a trip, do you want to leave the front door and be in the middle of it all?

Or escape the city and getaway from it all, which is what I did, and why I chose to head out to the farm, a hop, skip and short bus ride away.

The Mohair Farm in Pocklington

Staying here without a doubt was the highlight of my trip to York, and its excessively good reviews are well deserved.  From the initial communication prior to my trip all the way to dropping me off at the bus stop at the end – it was perfect. 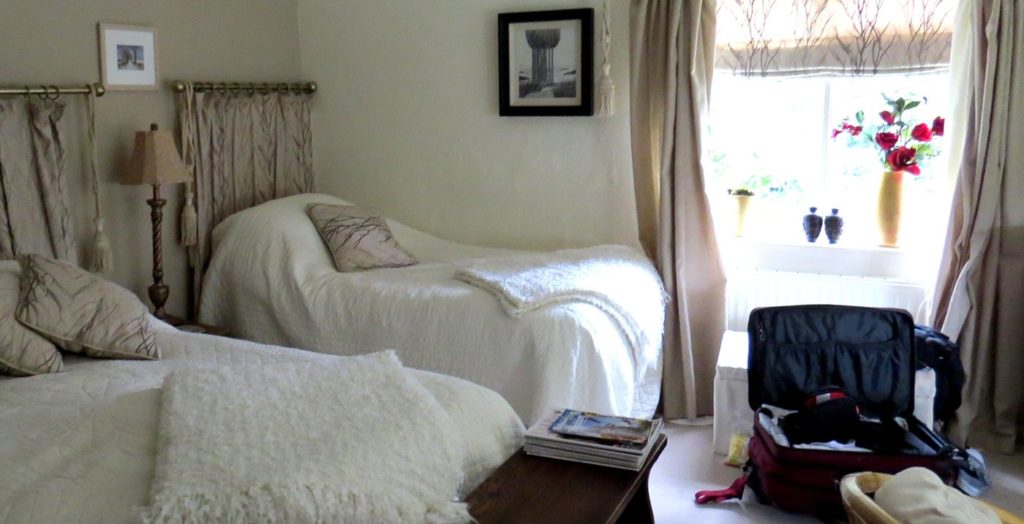 The room I had was beyond lovely, comfortable and chic – overlooking the large tree filled with birdsong, and a flower filled garden.

What makes a great stay is the details, from a wide choice of herbal teas, biscuits. To a selection of Natural Bath Salts, that were put to go use after walking around York for more than 6 hours.

To top is all off there was also a choice of breakfasts, either the typical English breakfast made with country fresh ingredients, or a omelette of your choosing. Totally delicious!

The hosts really go above and beyond, and it was a smart move to stay there – away from the crowds. I know where to go next time I need to escape the city and get some well needed sleep, fresh air and R&R. 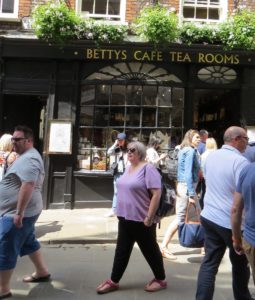 Despite being in the countryside, there are a few places to eat nearby. Gio’s Italian Diner is cost effective and promises to ‘Make your tummy smile’.

On the same road is an also an outstanding Restaurant ‘Thai Season’. I’ve not had a Kao Soy for a while, but it was first class – and highly recommended.

There are no restaurants or cafes I can recommend in the city itself. It was all too crowded for me, even the cafés had a queue and long waiting times.

I loathe queuing at the best of times, and spending time in line for a cuppa tea, isn’t me. I would not queue if the were flown in from China and served up in a gold cup by queen of England herself…

My expectations for York were likely fairly high as it’s been on the top of my list of places to visit for a long time and hence sorry to say, it didn’t quite meet my expectations.

When travelling, it’s best to leave your expectations at home, I know – but we all fall into this trap once and awhile. 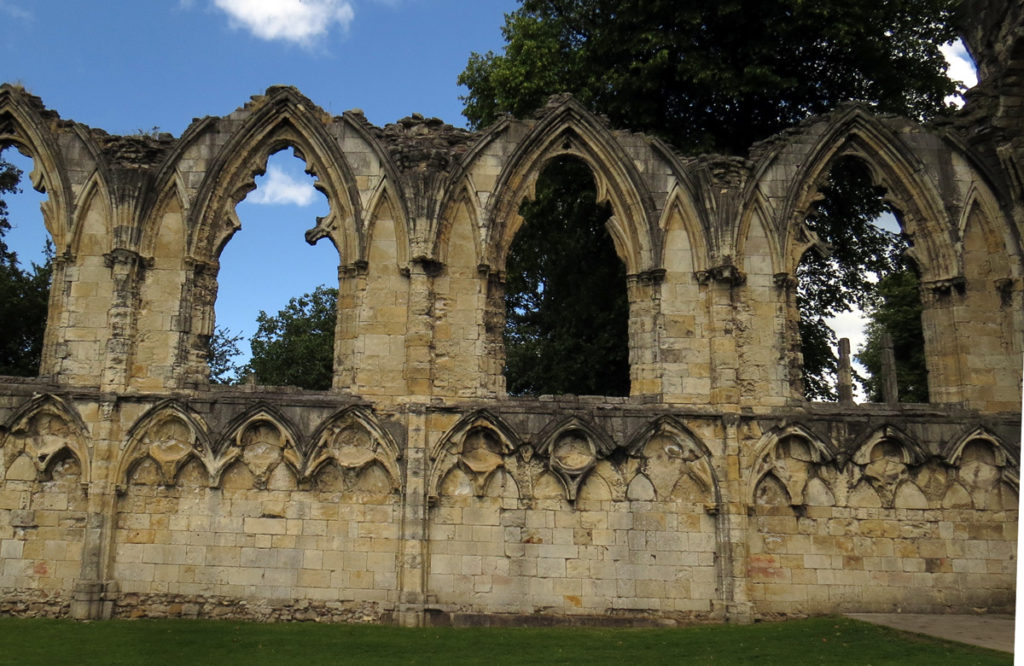 If you love being on the main tourist trail, and you’d like to visit one of the most popular cities in England. Then this is the right place for you.

Just come with time, patience and a credit card.

If not, there are plenty of other equally beautiful medieval cities in England that are less busy and also worth visiting. Or simply opt for the easy route, head out to the countryside and visit Mohair Farm for a few days and enjoy time passing at a slower, more relaxing pace.

I hear, the Vikings were avid farmers. We can find as many traces of their lives in the steady work that goes on in the country, in the home brewed craft ale and home cooked food that is served up alongside typical countryside hospitality.

And that’s where you’ll find this time traveller… 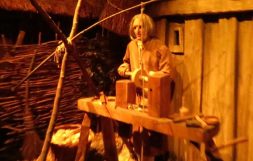 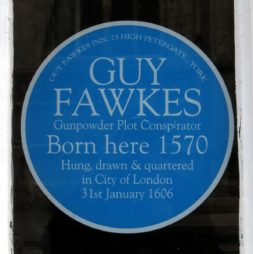 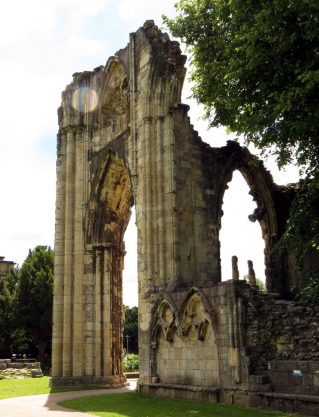 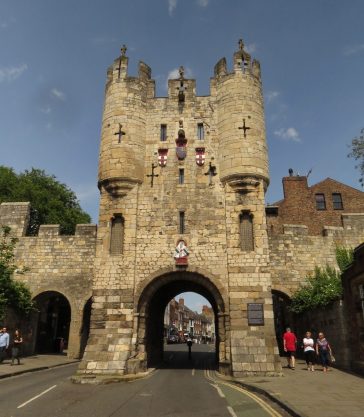 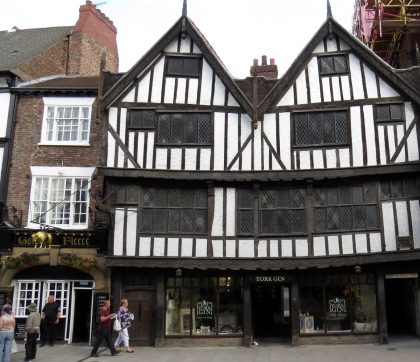 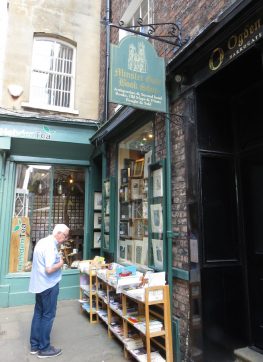 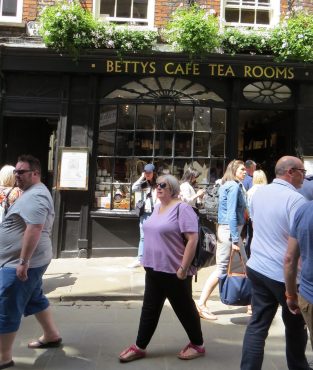 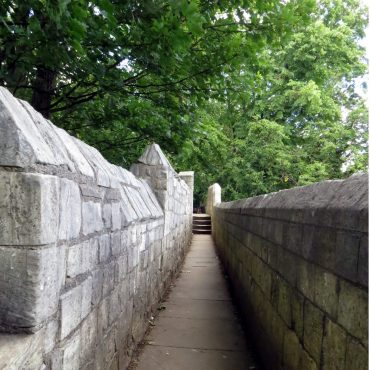 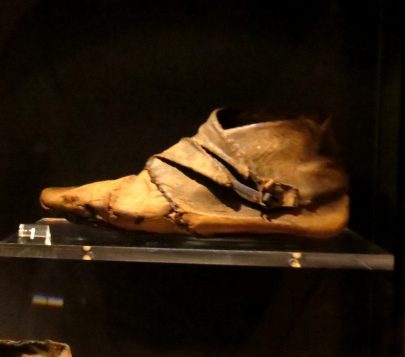 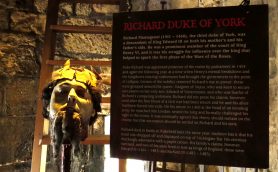 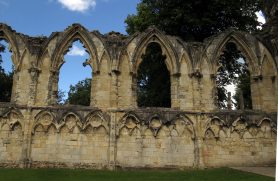 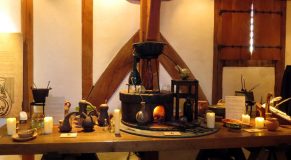 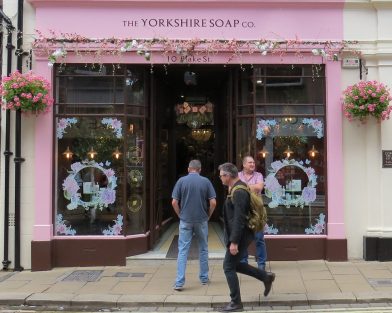