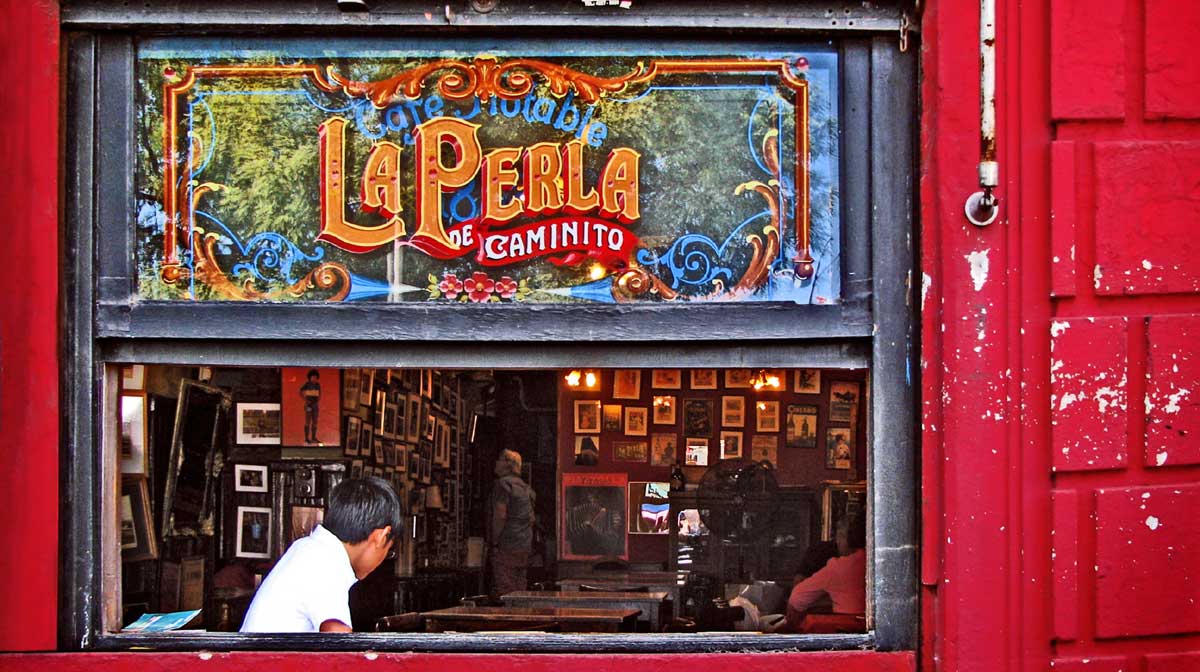 Why move to Argentina?

Why would you want to move to and live in Argentina? Was the response I got, when I told friends I was moving to Argentina, together with a raised eyebrow and quizzical expression.

Rather ironically, I was moving because so many people were initially asking me “Why don’t you move to Argentina??”

Living in Amsterdam I was restless and tired. Tired of the endless rain, excessive tourism, cramped spaces and Nordic emotions. I wanted to live in a city with flavour.  Who doesn’t want a life with flavour?

What can I say, Argentina was the flavour of the day. Everyone was talking about it. A friend owns a house there. The future king of the Netherlands just married an Argentine, other four friends had just come back from their trip to this magical wonderland.

All these conversations inspired me to buy a book on Argentina, and I was hooked and enchanted all within the first chapter.

Most Magical Place in the world

What is not to like about the idea of spending time in the ‘ Paris ’ of Latin America. A nation of polo playing horse fanatics and real-life gauchos (local cowboys).

A country where soccer is the religion and BBQ is the national cuisine. A country whose history weaved so densely you could slice it with a knife.

The country has the wild expansive plains of La Pampa, the mountains and lakes of Patagonia, the deserts up in Santa Fe and Salta. As well as the uber magical city of Buenos Aires. If it could bring tears to Evita and millions that hear the song, it may be worth checking out.

Within weeks I was planning my first trip or dry run, to see if I could, would or should live there. 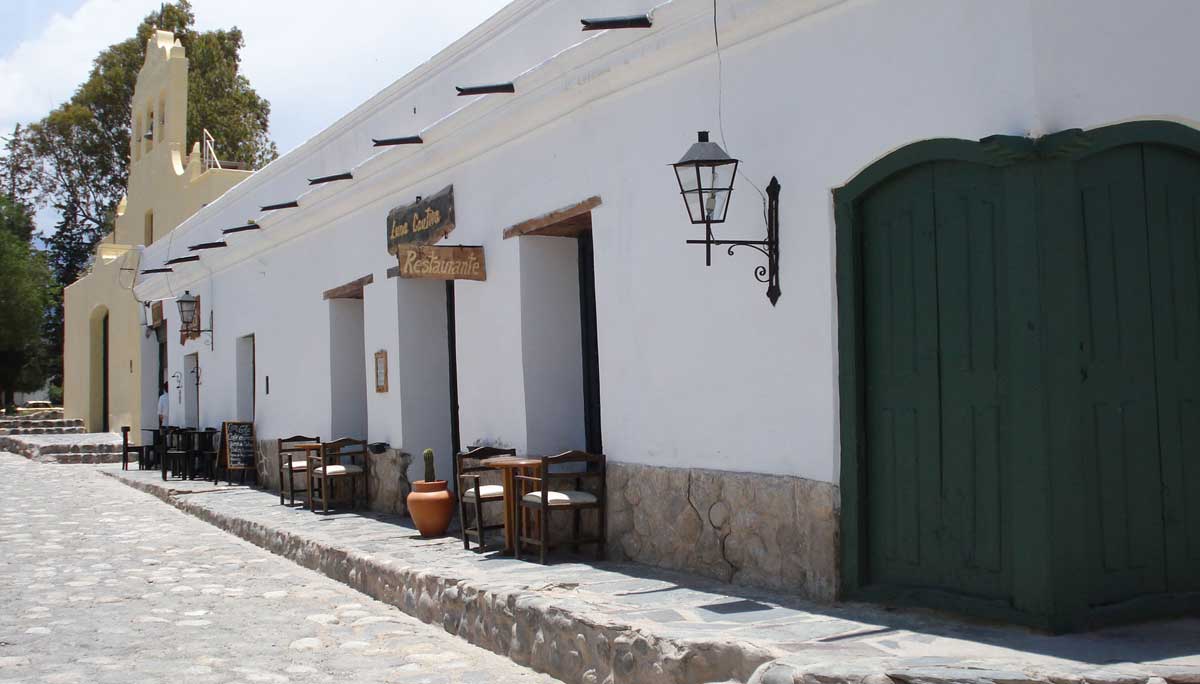 Is Argentina worth moving to?

Doing a dry run, whenever you are planning a move abroad is recommended.

When you spend time in a country for a trial run it’s definitely not a holiday. You can liken it more to a working vacation.

It’s about researching the best areas to live, transport options. The quality of life versus the costs of living (rent/ groceries), salaries, safety and the political climate.

As part of any research, it’s also advisable to make time to meet with locals as well as expats living there so you get real stories of the everyday challenges.

Of course, you can also conduct some research at the polo games, top restaurants and hotel pool, deciding where to live also means checking out the perks.

Researching the Move to Argentina

Luckily, researching Buenos Aires was pretty easy; it is an exceptionally large city, so sources of information are available in English, like the BA times a local online newspaper.

There are also plenty of opportunities to meet locals and expats at places like Gibraltar the English pub in San Telmo, at embassies, expat or internations events.

Argentina has its own active online expat forum baexpat.com where you can delve deeper into the types of challenges you may encounter. Along with relevant solutions, or meet like-minded individuals.

TIP: keep a healthy perspective on forums, ignore the trolls. Take it with a it a healthy sense of detachment,  and it’ll become a helpful resource.

Originally, I planned an 8-week dry run, which I extended 4 times. And ended up there for an incredible 6 months.

While there, I really wanted to get an idea of what it would be like to work in a city with 3 million inhabitants. So, I spent some of my time volunteering at BABS (British Aged Care in Buenos Aires).

It was here I had the opportunity to meet people who’d lived in Argentina for over 80 years. And trust me when I say, there is nothing like listening to first-hand stories of a countries history.

On my second day in Buenos Aires, I stumbled upon and fell in love with Puerto Madero. A small island, next to the city and is secured by the naval police. The suburb is a refuge from the hustle and bustle, it is quiet, spacious and safe.

It was also here that English built the warehouses on the harbour in the early 1900’s, while they were building the railroads.  These recently renovated warehouses add a timeless charm and are home to some of the cities best restaurants, shops and cafes.

San Telmo markets are still within walking distance, and the rest of the city is also just a hop, skip and a jump away.

Honestly, when I first arrived in Buenos Aires, I was shocked at the populous state of what seemed a dirty city. However, it won me over hour by hour, day by day. By my 3rd week, I was looking into potential job opportunities and any which way that I could stay long-term.

I stayed until my savings ran dry, and I had no options but to go home.

After 6 months, I left Argentina, heartbroken, devastated and determined to return. 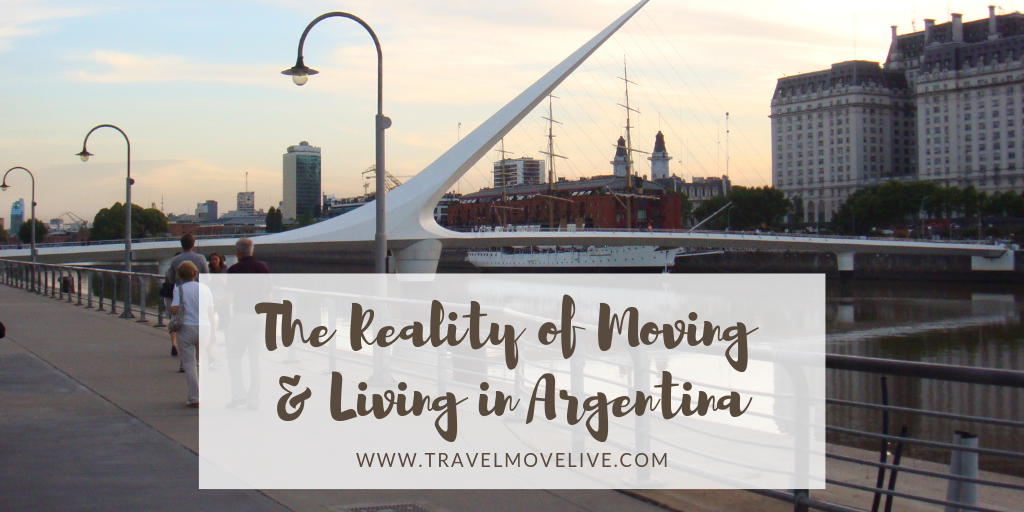 Can you, easily move to Argentina?

How you migrate to a country depends largely on the country. In Argentina, you have a few options to choose from:

My plan was to go with the first option.  So, I meet with anyone I could via contacts, friends, LinkedIn, peers in my industry.

Including the Ambassador, at my countries embassy, and went to lunches that were put on by the local Dutch and English Chamber of Commerce.

Many countries will have an embassy or a local chamber of commerce who assist with cross-border trade advice and networking.

With a fully booked agenda, there was only one objective and that was to find work.  While I didn’t get a job, I did meet great people and got a wealth of advice and insight on the business landscape. 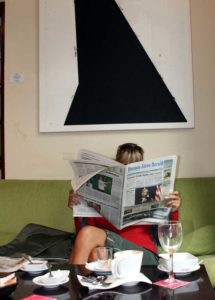 Being that my best option would be to find a company to sponsor me, the reality is that this is easier said than done.  Despite my meetings, lunches and endless cups of coffee, I didn’t manage to find a sponsor in Argentina.

Language can be a real challenge when attempting to move to a country. If you are not fluent; it’ll be hard to put you to work or compete with local job seekers.

Like many other countries, for a company to sponsor a foreigner can be a costly process. One that includes fees, lawyers and paperwork.  Companies will hire you if you have specific expertise.

Or you can also try to get a job for an international company in your own country and apply to be relocated abroad.

Good Luck comes in Many Forms

Flying back to the Netherlands with a tissue in one hand and hope in the other. Expecting that it would be a near impossible task to find a company in the Netherlands to sponsor me to work in Argentina.

As luck would have it, a company that I knew just happened to be opening shop in Argentina. And within weeks, I had a job and was planning my move, as well as that of the company.

Friends I’d met, helped advise me on an appropriate salary, as the company would be giving me a local contract instead of an international one.

In a country like Argentina, excessive inflation rates need to be taken into account.  Eventually, with the contract signed, everything else was put in motion.  The real business of moving could begin.

It was my 8th international move, so as ever practice makes perfect. My flat in Amsterdam was easily rented out via expatica.com.

The bureaucracy in Argentina like most Latin countries is phenomenal; the amount of paperwork and documentation required was second to none.

I am eternally grateful that the company’s local lawyers assisted me with my working visa and the importation of my goods. This is one move that I would not have wanted to do on my own.

As with anywhere, signing up for the utilities was not fun at all.  This was when a good friend gave me advice that served me throughout my time in Argentina and beyond:

‘When dealing with an issue: don’t start a fight or get angry. NEVER back down or accept no for an answer’.

Great strategy to put into practice everytime I was told no. Whether it was for a bank account or electricity connection. I just planted myself down, and let them know I’d be there until we resolved it.

It is incredible how many miracles happen when you have all parties working on a solution.

After the move and a chaotic dance of organizational mayhem. The paperwork was done and I had a new office, a new apartment and a new life. I could finally start living the ‘vida loca’.

Living the Dream in Buenos Aires

Buenos Aires isn’t a walk in the park, although there are some great parks to walk in.  The government is both crazy and corrupt, inflation is off the scale and life can feel like a bit of a roller coaster. Depending on the day, time and place.

The city is busy, polluted and in the last few years, the economic challenges have resulted in an ever-increasing crime rate.  You need to live with both feet on the ground and be aware of how you walk and travel in town.

Despite all of this, it is one of the most incredible cities to live in.  Whatever you feel like doing, you can. Whether it’s tango at 2 am or front row seats at the Polo in November, or catching the boat to Colonia for the day.

There is a suburb for every mood, be it shopping in Palermo, dinner in China town, after work cocktails in Recoleta. Bike riding around Puerto Madero or a visit the famous Sunday markets in San Telmo. 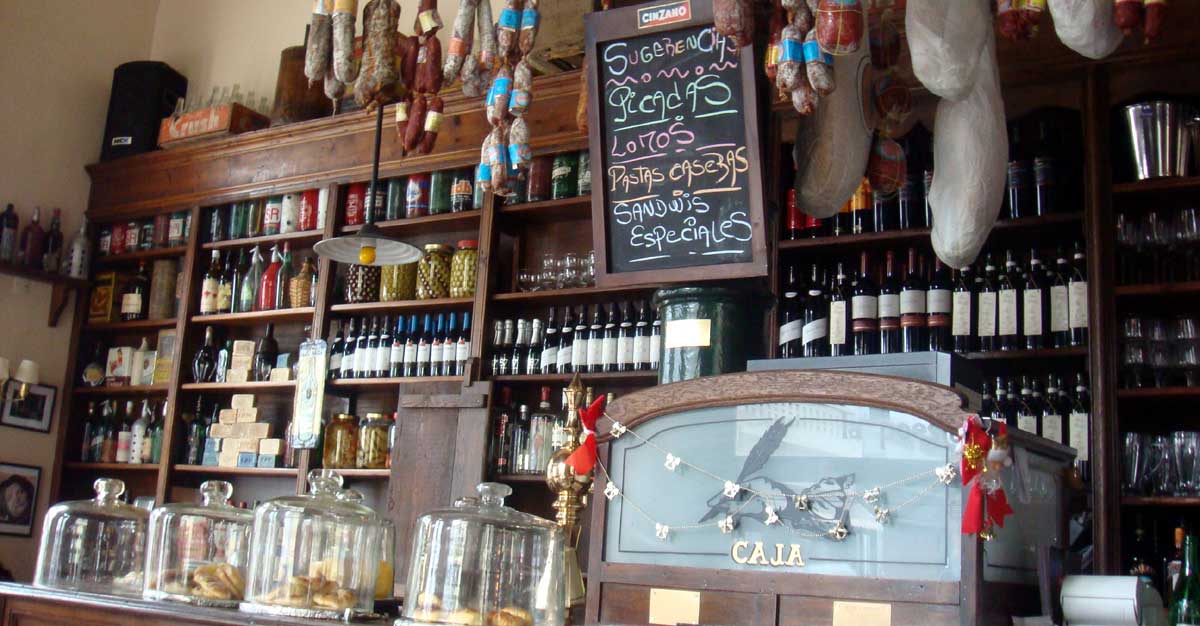 In the words of the worlds greatest writer who is Argentine:

It was all of this that made me love every minute of my crazy, wild, temperate and magical time there.

Yes, dreams can also end between a crazy government and the need for change, so I did eventually leave Argentina. Yet in retrospect, I wouldn’t change a thing.

Just like the song, ‘Don’t cry for me Argentina’, the truth is I never really left. The magic of the country lives on in my heart and lovingly etched in my memory.

Further reading, see why November is the ideal time to visit and what to do while there check out this post.

My top reading list for before, during or instead of your visit here.

A few photos are my own, the others are shared with much gratitude to these other wonderful photographers:

A Guide to Finding Work Abroad

To ship or not ship, your goods when moving abroad?

What My Epic Expat Failure Taught me