Whether you are visiting England from abroad or on a weekend getaway. Ledbury in Herefordshire has a little something for everyone.

Ledbury, is more than an old market town with a colourful history, photogenic streets, and Tudor buildings. It has heart. 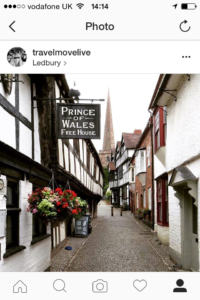 You can visit many of the historic buildings for free, and find them manned by volunteers who are both passionate and knowledgeable. They’ll be happy to guide you around and answer questions.

It also home to Church Lane, one of the most photogenic streets in the UK, that you can visit in real life rather than on Instagram.

If you also look very carefully you may even see the little fairy doors. There is a fairy door map and trail in the shops around town. Here is a page and map to help you out.
The village is also well-known for its Poetry festival that held each year in June and July. That brings in poets from all over the country and world.

Recommended spots to see and visit in Ledbury:

This old Market house takes the center stage on the town’s main street. It’s unique in that the stilts are exceptionally high. Completed in 1658 and built in Tudor style. The original use was for storing crops, after that, it was the town hall. Today it still plays the role of meeting house and hosts a small Saturday market. 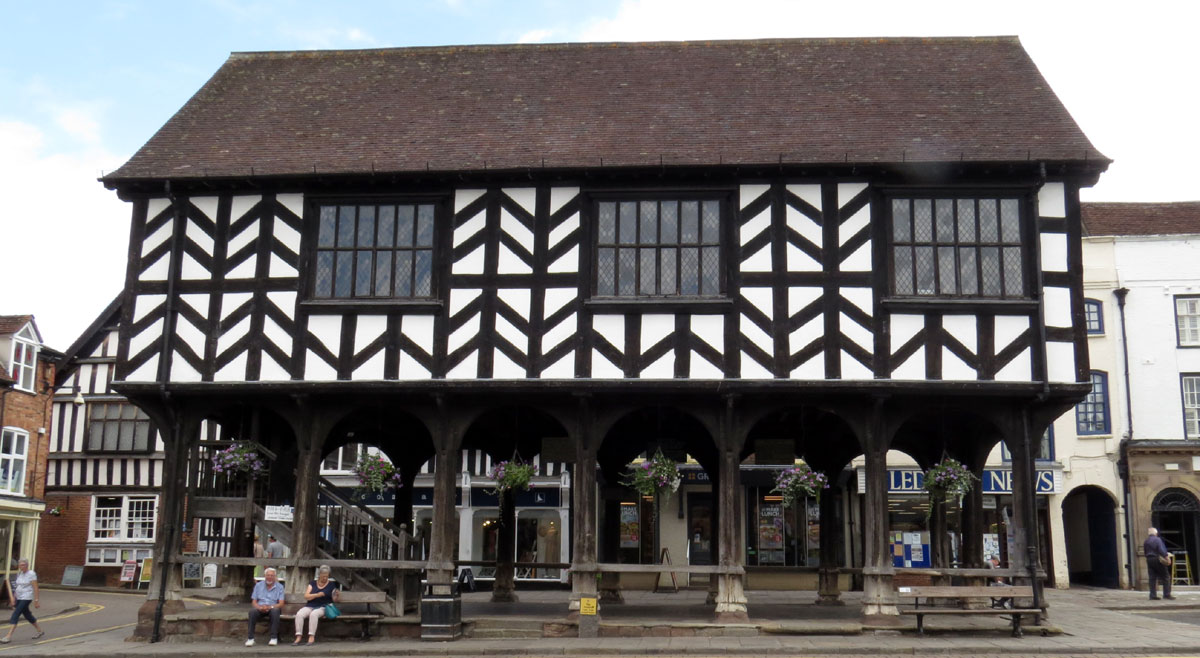 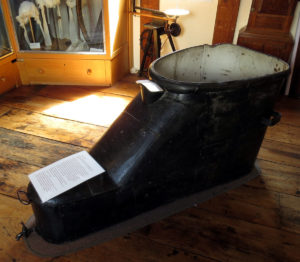 Was built in 1581 and was originally located on the main street. Yet, they moved it to make the street wider in 1979.

It now houses a museum rather the Butchers shop. In the museum, you’ll find a Shoe bath, which I had never seen or heard of before. It was for inhabitants in Ledbury that didn’t have a bath at home. Men would carry this bath from house to house, so the inhabitants could bathe.

Address: Church Lane, Free Admission Open daily, including Sundays from 1st April to 31st October from 11am to 5pm. Outside of these dates, please make an appointment via Ledbury Civic Society. 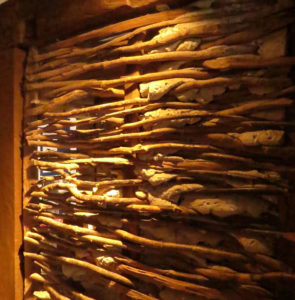 Across from the Butchers house, you’ll find the Old Grammar school. Interesting for kids to have an insight into schools of the past.

I liked the wattle and daub, display. An insight of the inside of a Tudor style building wall. 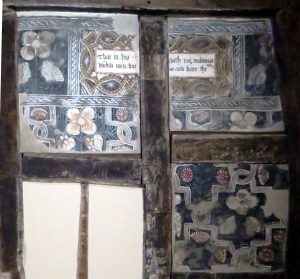 The wall paintings go back to the 1560’s, at the time they were a cheap alternative to tapestries.

The paintings were colourful and included religious inspirations (threats) of the day. The volunteers can tell you the whole story and explain the context.

This refurbished historic house is now home to the local library. Be sure to check the website before you go, as there are free tours available every so often. They also host talks from historians, writers, and poets. Adam Horovitz was the poet in residence Ledbury in 2015, and he wrote a few great poems about the building. They can be found here.
St Katherine’s, Bye Street, Free Admission 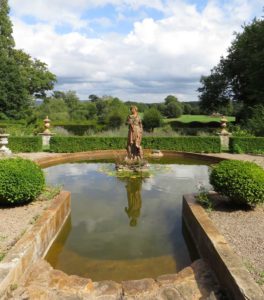 While this isn’t in Ledbury, it is close enough to warrant a visit. Now, I am not the ‘let’s do a tour’, type of traveler. As the Manor is still in use today, the only way to visit the manor is with a tour.

Which is well worth it. There is so much history here that you would never get the full story on a simple plaque.

The guide lives on the property and has an in-depth knowledge of the history of the house, as well as being an incredible storyteller.

My two favorite stories were that of the ghosts. The first being Hetty, who ran away with the stable boy who she’d fallen in love with. When he died she returned to the house. Due to the family’s shame, they kept her room locked in her room for the next 30 years. Here she etched “It is a part of virtue to abstain from what we love if it should prove our bane”, into the window with her diamond ring.

The second death took place in ‘Bloody Mary’s’ room. Here a priest was running g to 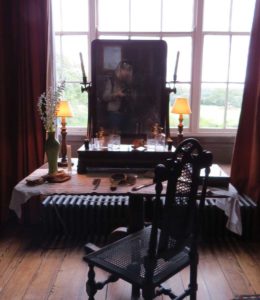 escape from soldiers but instead, he ran straight into the second group and was brutally murdered. If you look carefully, you’ll find the marks of the attack on the wall and floor.

People who have stayed in the room have claimed to see his ghost, running back and forth in a panic.

The building itself is also fascinating, in how it carries the living history of its past and present owners over the different time periods. It was one of the best tours I’ve been on, and the highlight of my time in Ledbury.

The Feathers Hotel, 25 High Street
The Talbot Hotel, 14 New Street
The Bullshed,  While it’s not in Ledbury, it is nearby. Its boutique style and comfort is worth experiencing if you are escaping the city for a few days and looking to treat yourself. 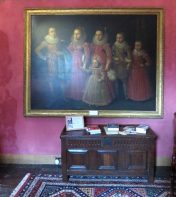 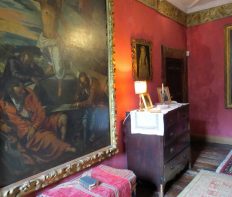 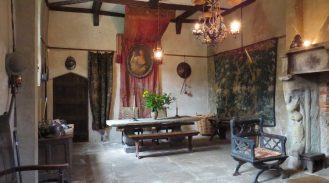 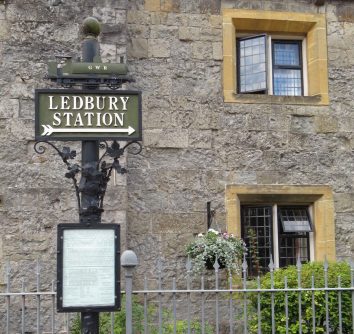 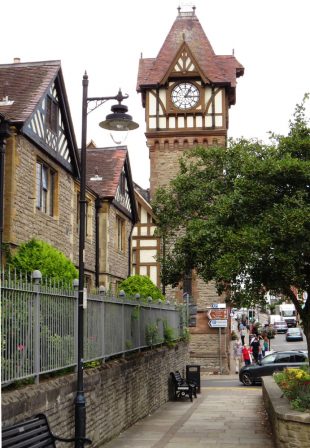 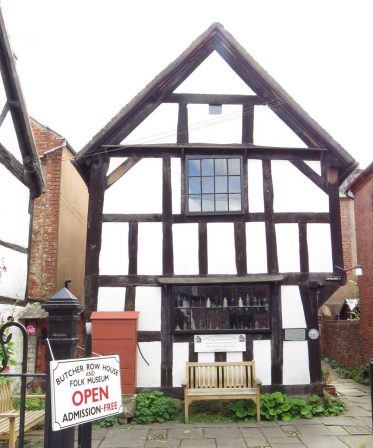 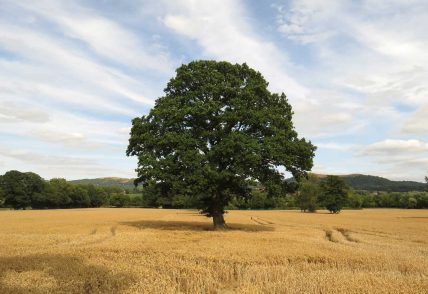 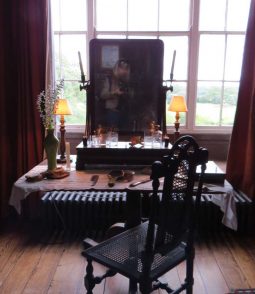