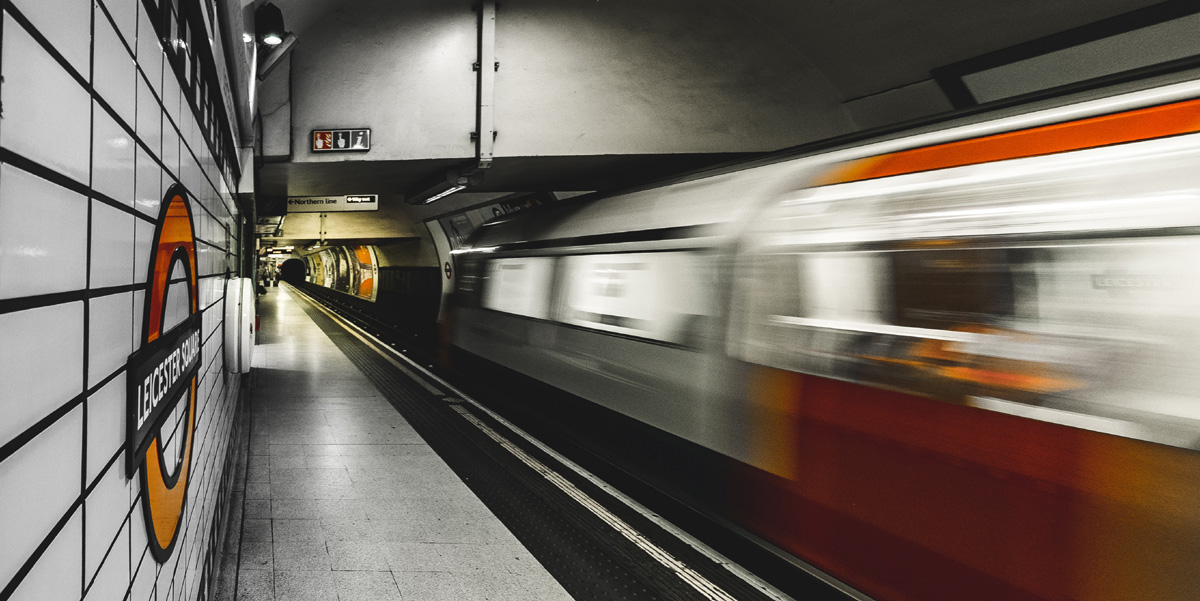 Do we need Etiquette on the Tube?

* Disclaimer: Political incorrectness ahead – abort here if you are prone to snowflake tendencies…

There is email, driving, texting and swimming pool etiquette – but I’ve yet to see tube etiquette in action. 2 million people a day are squeezing into a spacious tin can. Surely we can agree the situation calls for a smidgen of manners.

Once upon a time in a more civilized society  (a society that drinks tea and queues for buses) there once existed unsung rules. But these rules for the underground were not handed down through the generations to those that ride the tube today.

Instead, these invisible rules lurk in the depths of the underground, keeping the remnants of the plague company.

Must we make some new rules? We’ll base them our collective misery and daily commuting annoyances thus far. Rules such as:

#1 No Eating or Drinking in the Carriage 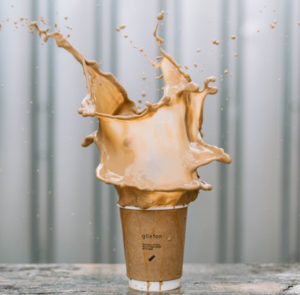 Everyone eyes the person clinging to their freshly brewed coffee precariously. The other day I spotted a woman accidentally spill her takeaway coffee all over herself. Thankfully there was now less coffee in the world to land on me. While I’ve not had coffee spilt on me (YET), I have had yogurt flicked all over me.

Not impressed; I was so appalled I didn’t know how to react. What is the etiquette in this situation, I wondered? Should I call them out?

Comfort them by saying sorry? as though its OK to flick yogurt all over my suit jacket anytime.  Do you smile and pretend it never happened.

Or do what comes naturally? My reaction was honest. The horror in my face spoke so loudly, words could never have done the look justice.

Mentally I slapped them upside the head. I wondered why anyone would eat something so messy and impossible to open on an overcrowded underground carriage….

Sure, reasons may exist– but if you are going to spill shit, then please like the mysterious coffee woman, be kind enough to spill it all over yourself.

The only thing worse than seeing someone eat on the tube is the regurgitation of the aforementioned food.

Are there times this might be OK. Perhaps in a moment of motion sickness? No, not really, there is nothing that makes it acceptable.

I can say in all honesty that nothing grosses me out more. If you see a superhero tearing out of the carriage at the speed of light –  that’ll be me.

If you are feeling ill, faint or not well – please get off the train. Ask for help… I am sure it’s going to happen sometimes, but it sure does happen more than it should.

Remember the old cowboy movies? A man would get down off his horse with a bottle of Whiskey in one hand and a gun in the other – staggering across the dusty road.

Nowadays rushing from the tube in the vain attempt to get to work in time, is that a drunken cowboy you see before you?

No, it’s some schmuck who hasn’t finished watching TV on their mobile or texting a friend. Checking an email, that will doubtlessly explode into a fiery hell if not read slowly at this exact moment in time.

This staggering numchuck will take up all the space. There is no way past them to the left, or right, over or under. They exist in a parallel universe where only their mobile exists.

#4 Pushing, Shoving and Being Nasty

Every day there are injustices taking place in the world when I see someone get the absolute hump on the tube, I almost laugh out loud.

First world problem – don’t take life so personally. The fact that you’ve taken out all your anger on another person in such a small space is just going to piss you off and everyone else in the vicinity too.

Sure we all feel like yelling, screaming and smacking someone in the head – luckily most of us control these urges. Do us all a favour and control it too.

While there is even a ‘scientific explanation’, according to mainstream media, there is still no excuse for it.

If like me, you are a foreigner and are new to the term man spread, I want to let you know, it’s not something you smear on your toast. It is as it sounds, men taking up space.

You know, like animals do when in an aggressive stance. Animals do this to make themselves bigger, scarier, it helps them feel more confident. While it may work for animals, in the real world it comes across as arrogant and greedy.

We all know the seats are small, anyone who has sat between two 300 pounders can attest to that. So let’s just stick to the space we have, and not spread ourselves around more than we need to.

# 6 Respect the elderly (anyone older than you)

London Transport has taken a step to help those that are pregnant with a ‘Baby onboard’ badge. You can also get a “Please give me a seat’ badge if disable or have a mental health condition. Not sure if you can apply when the tube is driving you mad… 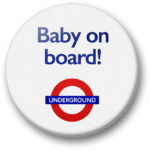 Yet, there is no ‘Get the f&%k up, I’m old’  badge, which is a good idea as people are not very forthcoming with their seats.

No one looks up from their phone or book long enough to gauge someone’s age. Let alone kindly give up their seat. 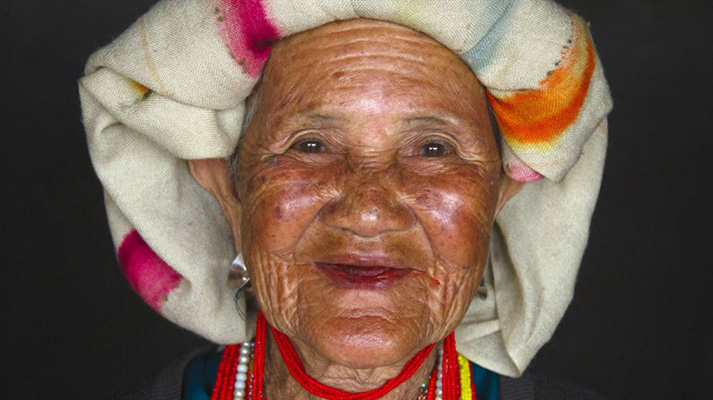 #7 Don’t throw yourself under the train

Listen, life’s a bitch – and it’s a bitch for us all. You were not singled out for some special shit pie. You throwing yourself under the train is not only something the driver needs to live with forever. It also holds up all other trains, transit and passengers. Late to work, or worse held up on the way home, stressed and annoyed, even more than we need to be.

TIP: If, my little pep talk hasn’t talked you off the platform. At least, Find a driver that has at least run over two other people. I heard, that if a driver has had three strikes he’s out. He can retire early and never have to work again. Very sad, but true.

Please don’t throw yourself under the train…

One rule that does exist that we can break:

“The vow to never ever make eye contact ever”. 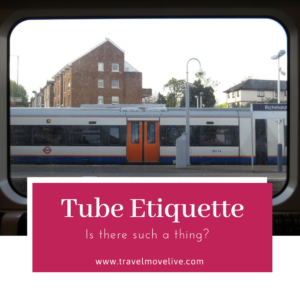 seat? By keeping all eyes on their phone – even if sitting in the priority seat – they can avoid getting up.

Looking someone in the eye reminds you that they are another human being. This is the last thing the people want as they push, shove and crush anyone in their path to a seat.

Once they have their seat they won’t give it up lightly – whatever the social norms.

Today, integrity ebbs away and people know the best course of action yet decline to act upon it.

Research has shown that if one person stands up to a thief, bully or injustice others follow. Yet, it also works the other way around.

Read the spoof that caused a stir on the tube when signs threatened penalty if anyone made eye contact on tube.

Becoming a Zen Commuter – Yoda of the Underground

Early in my commute, I spotted someone who remained standing and giving up the seat to others purposefully. In the midst of all the raucous and chaos, they stood out like a Zen master in a storm – a Yoda of the underground.

Totally suffered a fangirl crush – I was in awe.

I finally experienced the side effect of kindness. Scientific research has shown that when you are kind to others you not only get a shot of feel-good endorphins but so does everyone else around you.

Now, while you may still see me diving head first into a seat, if and when these rare beasts are available. Now and again I also strive for a bit of inner zen and stand up to give others the opportunity to sit.

In doing so, I may have even caught a few peoples eye, an odd smile and nod of the head. Kindness is eternal, and no matter where you are, or who you are – let it travel with you – it goes a long way.

See the percentage of other people that share your commute:

Fun facts about the London Tube

Transport of London– sign up for travel updates and alerts

Most lovely photos gratefully provided by: